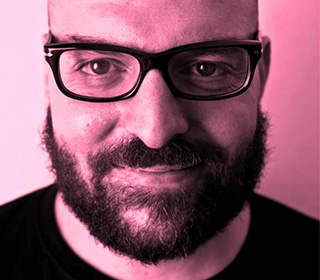 About me
I am devoted to culture; to experience the “other” ways of living, eating, observing and travel. I believe that mutual language is to understand the culture of others. I am a devotee for travel, music and photography. I love to experience world music as well, the music out there that opens up the minds and crushes down boundaries.

Why Istanbul?
Because Istanbul is unique…
Athens, Alexandria, Antioch, Rome, or those that have come after, such as Baghdad and Damascus… These are cities with mono-culture, cities that do not host a historical continuity or multi-cultural component.

In the 17th century no city could compare to Istanbul. Istanbul is “The City” (sehr-i yegane), peerless and unprecedented. That is why Napoleon said, “If the world was only one country, Istanbul would be its capital”.

Pierre Gilles, who came to Istanbul in the 16th century to research the topography of ancient objects and structures, and whose work is still a primary reference, has this to say at the beginning of his book: “All the other cities are mortal, but I think Istanbul will live as long as mankind exists.”. A Chinese writer refers to Istanbul as ‘the city of cities’.

Anna Comnena, daughter of the Byzantine Emperor, who meticulously described the Istanbul of her day in her renowned chronicle of her father’s rule, called this city ‘the queen of cities.’

We call it ‘the legendary city’.

Where else can you find me online?
www.tikabasamuzik.com
Flickr

All articles by Zekeriya S. Sen

Mediterranean – Monumental sculpture of a woman

Borderline Coffee – New in the block

Pera Thai – By far the best in town

Homer Bookstore – The address for books

La Cave – Everything you are looking for

Norm Coffee – Such a cozy spot

Sphendone – The curved end of the Hippodrome

Güllüoğlu Karaköy – The taste of baklava

Seraphim in Ayasofya wall – A must see

The Letter Opener – A gorgeous gift

The Prayer – Sultan Ahmet Mosque – To pray to God

The Pera Museum – An alternative art museum for all

The Shoe-shine boys – A unique experience

Fenerbahçe Steamboat – Now in the past

The Bosphorous bridge – Fog over İstanbul

Pandora Bookshop – The best in town