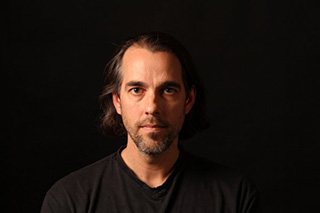 About me
Born in 1967 to middle-class honky parents who somehow managed to miss out on the peace and love movement in the 60’s, Glenn always harbored an inkling that something else existed out there, beyond. In his early 20’s, these inklings eventually led him to forsake the perfect climate of Southern California for Oslo, Norway, where he had sought meaning before coming to the realization that he had begun describing himself in the third person.

Now I am entrenched in Norway, working with translation on a freelance basis. I’m the elder statesman of the Oslo Spotter group but I still consider the city of Oslo my playground. I am a beer geek and love to pursue that passion while socializing with friends. In winter I play basketball and in summer I play baseball.

Why Oslo?
My Oslo is a sometimes awkward yet lovable adolescent, developing into an adult cosmopolitan European capital. Oslo welcomes tolerance and respects individuality as a part of its collective identity – giving warmth to those who seek out its special places and people.

Oslo has so many activities to offer residents and visitors. Forests and parks, bars and nightclubs, museums and music festivals galore. It’a child-friendly city as well (as are the Norwegians in general). It’s not strange that so many people have begun choosing Oslo as the destination for their next weekend trip.

Where can you find me online?
Oslo Pretenders

All articles by Glenn Wells

Himkok – Mini-world of many pleasures

Wurst – My kind of sausage party

Café Fiasco – Sit back and watch the world go by

Oslo Mikrobryggeri – Granddaddy of ’em all!

Kolonialen – Rich in its simplicity

No 53 – You wanna go where everybody ain’t the same

Dim Sum by Taste of China – Dim Sum and then some

Kampen Bistro – A shrine to the palate