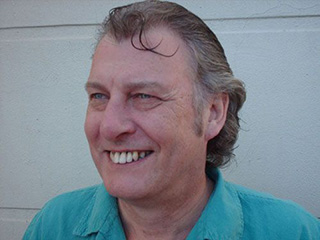 About me
Born in London, next door to a notorious prison, I’ve been on the run ever since – Malta, Manchester, Cheltenham, Cardiff, London.

After finishing my MA Creative Writing at Lancaster I jointly set up a multi-media theatre co-op and had lots of fun designing, building, animating and setting fire to things, blowing things up and setting off fireworks. I moved to the north-east, Saltburn and Durham, where I worked as an Arts Officer for 11 years – working with some very talented artists, choreographers, dancers, musicians, photographers and writers.

I then worked as a freelance imaginateur, project manager and fund-raising advisor.

Why Barcelona?
In 1980 a very good anarchist friend wrote me a postcard from Barcelona: “You’d love it here. You’d go bananas.” In 1981, a few months after Tejero’s failed coup, I visited Barcelona for the first time.

My friend was right – I did fall in love with the place, and I did go bananas. Over the years I visited Barcelona several times, each time finding something new, or uncovering something in its rich past, which fuelled an unhealthy fascination.

In 1995 I received an award from the Arts Council to visit Barcelona and Zaragoza to research George Orwell’s wife’s time during the Civil War.

But, in the end, I moved to this great city in 2003 not because of my love for the city and its people, but for the love of a good woman. I write, I translate, I show people around this “city of marvels”.

Where else can you find me online?
Bill in Barcelona

All articles by Bill Sinclair

El Roure – All OK at The Oak

Konbe – We’re off to see the Lizard

Palermo – On Mallorca above Valencia

Come In – Go into Come In

Flo – Brasserie – Go with the Flo

Tossa – Tapas on the terrace

Can Kenji – The real deal at a steal

Palau Robert – Hidden mine of information

Can Josep – Can Josep cook? Is the Pope Catholic?

Concepción Market – A new concept for an old market

La Pedrera – A mine of art

By Bill Sinclair
Last Changed Date: 2016-05-19 11:45:13 +0200 (Thu, 19 May 2016)
We use cookies to analyze traffic, provide personalized ads and social media features. We share (anonymous!) data with our partners.OkNoDetails
You can revoke your consent any time using the Revoke consent button.Revoke