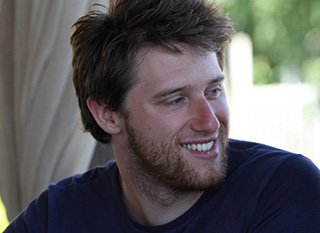 About me
I was born and raised in this town and, after spending an almost-two-year-long spell working in Bratislava, I settled back in my hometown, working first as a business consultant and then as an administrative in a large company.

I am book-addicted, so I spend a lot of my free time reading. I also love to watch and play (but mainly watch) football, supporting the local team: Fiorentina.

Why Florence?
Florence, even more than other old towns, is a two-faced town: one face (nicely displayed) is for tourists, while the other one (often well hidden) is for locals and involves things that travellers almost never get to see or do. Because of linguistic barriers and “tourist-fare” prices Florence can show itself quite hostile toward tourists, if they bump into the wrong places.

That’s why, as a local “Sherpa”, I’ll try to make myself useful by writing down some tips, starting from here: for example, did you know that Florence has a special house numbering system? Black numbers are residential, while red numbers are businesses, resulting in two distinct series for every street. Therefore, street numbers of businesses are denoted in writing by the addition of the letter “r”, which stands for “rosso” (red), e.g. Via Masaccio 28/r.

All articles by Francesco Cipriani

Birreria Il Bovaro – The only beer made in Florence

All’Antico Vinaio – The best food-to-go ever!

Un Caffè – A glass of wine in a wonderful square

The Book Pub – Czech beer in the middle of Florence

La Cité – Have a drink while surrounded by books

Procacci – Where tiny rhymes with tasty