Nine dozen or so bronze sculptures sprinkled throughout this station, all of them aged by a vapour of detritus, have almost become what they depict. Sweeping up obsolete tokens, sleeping under steel I-beams, sneaking into the fare paid zone, these street urchins wreak no havoc other than their call for attention.

The bronze residents of the 14th Street/Eighth Avenue Subway station (A, C, E, L) represent the school of hard knocks and, despite their dough-boy cuteness, symbolize the struggles of workers within New York’s capital generator.

Otterness has intentionally gassed the public with more obvious controversy. From Wikipedia: “His independent punk films featured real-life aggression and violence, most notoriously Dog Shot Film/Shot Dog Film, where he adopted a dog from an animal shelter in Golden, Colorado, chained it to a stake, and filmed his hand shooting it dead.”

“The Dog Shot film … [is] about fucking someone… getting fucked by someone. That’s what the fight films are about too. Running over someone; defeating someone; being defeated.”

That film caused him the loss of commissions worth millions of dollars. There’s not much economic trickle down for Otterness’s take on capitalism.

I don’t see the MTA’s art installations as destination art for most people. It’s stuff you might not even notice unless you let your curiosity about your surroundings prevail. But in New York, that’s usually a good thing to do.

Like our New York tips? You'll ❤ our iPhone / Android app! 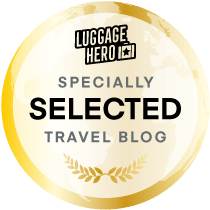