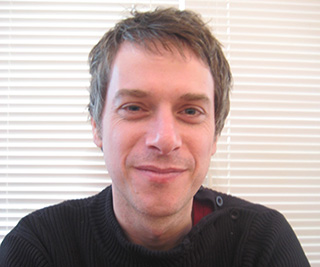 About me
Born and brought up in England, landed in France on a summer contract at a campsite without speaking the langauge, met a local girl and fell in love.

Drifted through a few years of English teaching, including a year spent in Miskolc, Hungary, then retrained as a Technical Author. Took a break from this to become a Web Journalist/Project Manager in the Internet boom years, but then went back to Technical Writing when the bubble burst!

Why Paris?
France for a woman, Paris for work! Paris is a magnet for almost all workers in France, many of whom are extremely reluctant at first, but I quickly fell in love with the city and have now been here for nearly 15 years. It is a place that remains human-sized and is designed for living in, with most areas being quickly reachable on foot or on the very efficient public transport system. The city now also means home and family, but I will always remain a curious outsider, and I will stay as long as it keeps its shade of mystery.

I have never really appreciated the uniform architecture and pristine parks of the dominant 19th century face of the city, but traces of all eras and architectural styles are dotted around if you take the time to look. Blogging on this aspect of the city is now one of my major interests. It is of course also the capital of fashion, but I’ve never had the energy to try to keep up with what is flavour of the month. I prefer to eat, drink and relax in authentic places that have had time to build a heart and soul. I hope to introduce you to some of these!

Where can you find me online?
http://www.invisibleparis.net

All articles by Adam Roberts

Les Piaules – Hostel with a view

Stade Bauer – The home of football in Paris

Le Balzac – Rebel with a cause by Champs Elysées

The Salle Cortot – Tuned to sound like a violin!

La Java – Dancing back in time