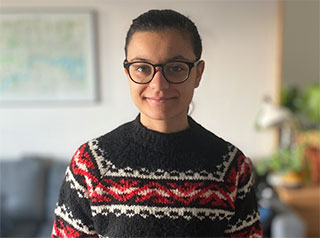 About me
I was born and raised in The Netherlands and first moved to Paris at age 16 with my family. Unfortunately, about two years later we had to leave the city and make our way back to The Hague. The absence was, however, short-lived and I returned a few months later at 18 to pursue my law studies. Three years later, Law took me to Berlin, then to London, and finally to Brussels before bringing me all the way back to Paris, where I have been working as a legal consultant in EU Law in a ministry since July 2020.

Living abroad (albeit not in the most exotic of cities) over short stretches of time really pushed me to want to make the most of each city. When I returned to Paris, I didn’t want to fall into the trap of not visiting my own city “well, because I live here.” Since I am passionate about food, more often than not a restaurant, a bakery or a delicatessen is what will serve as the starting point to my explorations and I love a good walk. I promise, however, not to only share my foodie-spots (but I also promise to share my favourite!) So why don’t you join me on my quest to (re)discover Paris?

Why Paris
Before applying to become a Spotter in Paris, I stopped and asked myself whether I was “Parisienne” enough for the job. Then I caught myself crossing (in the middle of) the street in spite of the red light (sorry mum!), growing more and more impatient each time I missed the metro and had to wait another two minutes for the next one, and sitting outside on a café terrace despite the terrible weather. Success!

Jokes aside, it is true that Paris and I have had a tumultuous relationship (having come and gone and then come back and gone again) but I love the city for its food, its buildings, its culture, its diversity and its many great walks.

All articles by Alix Mengin

Espace Niemeyer – Headquarters of the PCF

Rue Férou – A celebration of literature

Librairie Galignani – A bookstore with a history

Promenade Plantée – A walk on the Viaduc des arts