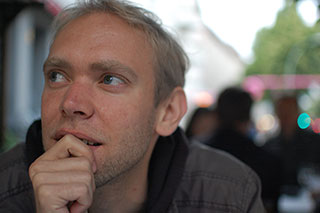 Why Bern
Bern is known as the slowest city in the world, the music capital of Switzerland, it has the best urban swimming river I know, a giant anarchist culture temple in the middle of the city and – yes – it’s a UNESCO World Heritage site. I find that quite impressive for a town of 140,000 people…

All articles by Sebastian Meier

Paternoster – Hop on, hop off

Spielplatz am Schützenweg – Don’t EVER grow up

ISC – In Your Face

Eichholz – …and the living is easy

Reitschule – A walk on the wild side

Zytglogge-Pissoir – One for the boys