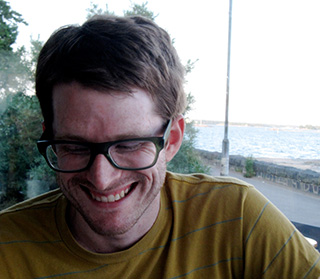 About me
Raised in the friendly expanse of Texas, I moved to Boston from Austin at the end of architecture school. I didn’t think that I’d still be here over 10 years later, but like so many people who come to Boston for what they anticipate will be a temporary stay (it’s a bit of a college town), I found a great group of people, an invigorating urban fabric, and more good food, drink, entertainment, and seriously impassioned sports fans than you can shake a Fenway Frank at. When I’m not at work, you can usually find me wandering about on foot looking for the next interesting art show, local street food or just hanging out along the Charles River.

Why Boston?
With its wonted modesty, Boston declares itself The Hub of the Universe– but in fairness, for a small, compact city, it packs in a whole lot of world-class culture. You have your pick from Great visual art, music from avant-garde to indie to classical, dance and theater, unrivaled indie bookstores, pioneering craft beer and food scenes… all this in a city you can walk across in an afternoon.

To me, there’s nothing like riding the Red Line across the Charles and seeing the Boston skyline rising above the sailboat-dotted Charles River Basin, or gazing at the same skyline as you swim in the cold, clear water of Boston Harbor off the beach at Spectacle Island, planes whooshing overhead on their way to Logan.

All articles by Zac Cardwell

MIT Bookstore – Books for geeks of every stripe

Institute of Contemporary Art – Art by the water