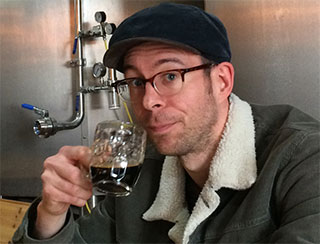 About me
A born and bred Londoner. I’ve worked London – in tourist offices in Central London telling visitors to the Big Smoke where to go for the local, authentic side of town – I’ve drunk London – I can often be found on an industrial estate where there’s a brewery tap room or in some of London’s best and most secret drinking holes (and reviewed 125 pubs in the Square Mile) and I’ve run London – two London Marathons. Also love a bit of London trivia, food and record shops as well as a stroll around London’s best and hidden parts.

Why London
London is where it’s at and I couldn’t see myself living anywhere else, especially in the UK.

There really is something for everyone; the morning strolls and runs along the Thames, seeing the ever-changing skyline from the Lady’s Bridge (aka Waterloo Bridge) by night or wandering through the Square Mile on a weekend and taking in the oldest part of London when the bankers and other weekday nine-to-fivers are recharging their batteries for another week when that alarm goes off on Monday morning.

I have lived in London all my life and worked it since 2006 in the tourist industry. 2006 to 2010 on Lower Regent Street for VisitBritain at their now-closed UK London flagship tourist information centre and then from 2010 to 2014 fulfilling a lifelong dream to work in the City of London at the City of London Visitor Information Centre in the shadow of St Paul’s Cathedral. Seeing the Lord Mayor’s Show pass on a damp and dreary November’s weekend but buoyed by the smiles and cheers of the crowds, witnessing the 2012 Olympic Games marathon runners pass, the stories are endless…

All articles by Andrew Bright

Museum of London – Tales of this best capital city

FOPP – If Aladdin’s Cave was a record store

Zia Lucia – A most Italian of pizza in London