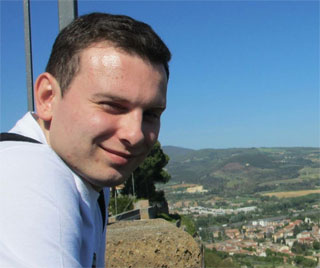 About me
I’m a Rocket Engineer developing attitude control systems for space satellites. It’s believed that such a guy should have a “fast food” diet, but that’s not my case. I love cooking (including making my own hard cheese) and always search for unusual, cool places. I’m also a frequent traveler (57 countries so far), and always try to get off the beaten tracks away from tourist crowds. The reward is awesome: talking to native locals about their life in Tehran, or going to an underground disco in Santiago de Cuba are priceless.

Why Moscow
I was born in Moscow when there still was a Soviet Union around. With years, my city transformed from just a State Capital to the sparkling concentration of life in Eastern Europe. Travelling a lot, I always return to Moscow for some recharge, and this city can offer you everything you are here for.

All articles by Anton Alexandrov

Friends Forever – A breakfast to recharge you