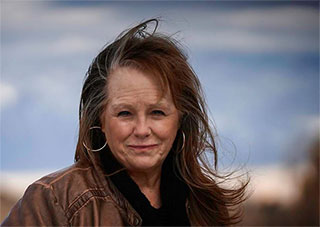 About me
Born on an American Army base in Germany, I came to the states when I was six months old and my parents were stationed back home at Fort Lewis in Tacoma, Washington, where I spent my entire childhood. Little did I know that the military lifestyle was going to become what inspired me to become an artist.

I have been a photographer for most of my life. Whether I knew it or not is another story. I picked up my first camera at the age of eight and became – much to the chagrin of my strict parents – the family voyeur. Often my dad would tell me that what I was doing was not proper behavior for a lady. I’d look around and say, “who are you talking to?” I guess you could say I was a bit of a rebel.

I shot everything and anything. If they weren’t careful, my family could be caught on camera doing something they didn’t want captured! Since then, however, I’ve reined myself in and become a bit of an artist and it’s been like magic.

More often than not, my work takes me in a direction I didn’t know I was going and inspires me to continue to create. It’s always a constant and delightful surprise…one that takes me completely outside of the strict military lifestyle I grew up with. But mostly, I believe that if you follow your passion you’ll never go wrong.

Why San Francisco
San Francisco was a whole new world to me when I first arrived. Like most people who live here, I am not a native. In spite of that, there is a never-ending stream of things to do, things to see, experiences to have… and all at my backdoor. Who wouldn’t love that?

All articles by Kathleen Messmer

Pier Market – Another great one!

Fog Harbor – One of the best restaurants at Pier 39

The Crab House – So much food!

Ingleside Terraces Sundial – Largest in the US

The Palace of Fine Arts – Afternoon with the Gods

The Shipyard – Urban exploration at its riskiest

The Bunkers at Baker Beach – Who knew?

Talk About Stairs! – Neighborhood steps up

Grace Cathedral – A place to calm your mind

Fort Baker – Of all the places

Ocean Beach – Parasailing in the city by the Bay