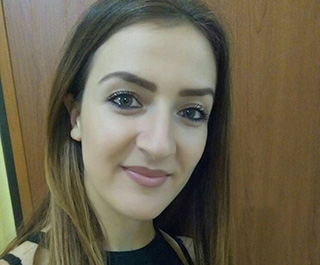 In the meantime I had the chance to travel a lot, which I enjoy in the same way I enjoy taking pictures of different cities. Through travelling I have learned that the world is a mosaic of different cultures and a single perspective cannot apply in all these cultures.

Why Tirana?
My first time in Tirana was in 1999. I have always liked Tirana, because it is a city in constant change and development. When I moved abroad I had the chance to talk to foreign friends about my country and many of them visited it. Tirana was not well known to them, some of them didn’t even know that such a city existed, but as soon as they set foot in Tirana, they liked it. In particular they found the people here very friendly. I was surprised and very happy because all my friends said that they wanted to come back.

Personally, I feel like Tirana welcomes everybody and it is open to different cultures that might touch it.

All articles by Matilda Karçanaj

Creperie PNL – The most delicious sweets ever

Blloku – The most famous area in Tirana

Cityart Cafe – The creativity fills me with joy