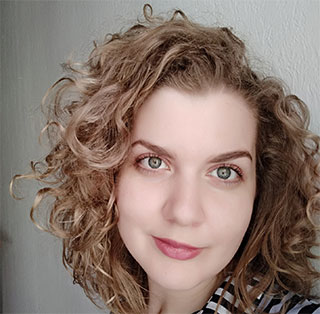 About me
I’m an art historian who has worked as a museum guide, freelance journalist and travel writer for the last ten years. I was born and raised in Rijeka, then moved to Zagreb to attend university. Eight years later, I moved back to my hometown because I missed the sea.

I’m an avid reader and an insatiable consumer of pop culture and gummy bears. I send postcards from every town I visit, and for the life of me, I still don’t know how to walk on snow.

Why Rijeka
Rijeka is easy to love, but hard to put into words. A former industrial giant, a peculiar combination of Austro-Hungarian imperial grandeur and laid-back Mediterranean charm. These days, we’re more laid-back than anything else. Nobody seems to mind – there is a prevailing sense of openness and hospitality that makes everyone feel welcome.

Often called ‘the city that flows’, Rijeka is vibrant and lively with people coming and going, a quintessential trait of every harbour town. The city is perfectly sized – not big enough to feel overwhelming, not small enough for anyone to get bored too quickly.

Even if you do get bored, there’s so much to do in less than a two-hour drive away. Depending on the weather and your personal interests, you can go explore the wine roads of Istria, go island hopping around the Northern Adriatic, visit the capital Zagreb or go skiing in the Gorski Kotar region!

All articles by Nikolina Demark

Astronomical Center – Under the stars

Croatia in a Box – Authentic souvenirs

Molo Longo – Along the waterfront

Kozala Cemetery – Museum in the open

Trsat Castle – What a view!

Art-kino Croatia – Cinema with a soul