I love seeing very good theater plays in Átrium Fimlszínház, but the Bauhaus building with the art deco metal mirror surfaces colored burgundy-orange-black-and-white is very interesting too. It can also be inspirational for photographers (I like to make portraits here) and it’s very inspirational to drink a coffee in the buffet, Pepita Kávézó.

The Margit Boulevard building was originally built as a cinema in 1937 (with apartments above it). Art historians don’t agree on what style building it is: it’s Bauhaus and Art Deco mixed together. The cinema itself was built with 647 seats and then the whole building suffered a lot from the World War II. There was a bombing and massacre here too. The building was rebuilt in 1947.

And after a big and sad break, the building, known as the May 1st movie theater, re-opened at the end of 2012 as the Atrium Film Theater. The story of the revival of the building is a modern fairytale and unique in Budapest: four theater-loving private individuals took the building which brought the year-old, ever-eroding, monumental cinema into a state-of-the-art condition and transferred it to a foundation – for free!

Want to support us? Get our Budapest iPhone / Android app! 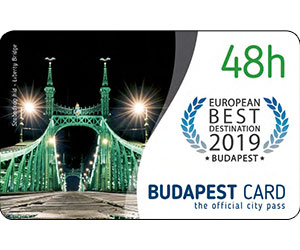